If a picture paints a thousand words, how many does a moving image depict?

You've heard the saying - a picture paints a thousand words. If that’s the case, just think about how many words a moving image could depict! Step forward Twitter’s latest app, Periscope.

Periscope is a new live video-streaming app, and before you ask ‘Hasn’t this been done before so why bother now?’, the answer is yes - there have been many (failed) attempts at launching similar apps in the past. So why now? Why is the uptake of Periscope sky-rocketing compared to some of its predecessors that have fallen by the wayside? The answer is, with better Wi-Fi and the ever growing network of 4G connectivity, live streaming looks set to become part of our regular social media activity.

So other than being a live video-streaming app, how does Periscope actually work? Well, Periscope allows you to watch and broadcast live videos from every corner of the world, meaning in theory you could switch from watching an idyllic wander across an exotic beach in the Maldives, to a tour of the Sistine Chapel in Vatican City. You can also ask questions during the live streaming with the creator of the video being able to answer the questions in real time.

Think about it, if you’re planning a trip to Rome, rather than reading a tour guide or Googling some reviews online, the tourism board could really bring their still pictures to life with a live tour of all the action. Potential visitors would be able to see and hear the sights and sounds of their holiday destination before they even step foot on the plane, helping Destination Marketing Organisations (DMOs) to promote the destination in a highly engaging and emotive way. If, for example, a viewer has a question about opening times of some of Rome’s main attractions, they could post the question and member of the DMO could reply immediately – no more call centres for extra info or downloading visitor guides in advance!

Of course, this is just one example of how Periscope could be used as part of an organisation’s marketing mix – there are many more. You could launch a new product and give a live demo, allowing your potential customers to ask questions about how it works – the product’s features and benefits. Or you could share industry news, adding your own insight and comment, creating conversations with your viewers and creating a circle of influence. Then, once you know the content of your Periscope broadcast, you can cross-promote your live-video streaming on your other social media channels – perhaps a Facebook post letting your audience know the video is about to go live in 10 minutes to help grow a really targeted audience for your live streaming – the possibilities are (almost) endless!

The really great thing about Periscope is that each live video stream is saved for 24 hours, so you can go back and re-watch the video later in the day. This is one of the key USPs of Periscope compared to some of its competitors, whereby once the live video has been streamed, it’s gone never to be seen again. So going back to the example of planning a trip to Rome, if one soon-to-be traveller saw the video while it was being streamed live, they could then show their travelling partner the same video later in the evening. There’s an element of longevity to Periscope unlike similar apps on the market and therefore share-ability.

So if integrating Periscope into your social media marketing plan is something you’re considering for your organisation, here’s some final things you need to know: to film the live videos, you don’t need any fancy equipment – you’re not creating a Hollywood blockbuster here. Rather, Periscope’s live feeds are shot from iPhone or iPads and can be watched through any type of smartphone, desktop or laptop, either through the app or via Twitter. As of May this year, you can now also create a live video using the Periscope app on an android device too.

So now you know what Periscope is, how it works and what you could do to integrate the app into your social media marketing activity, what are you waiting for? Tweet us (or maybe even create a video?) and let us know how you get on via @revsonline. 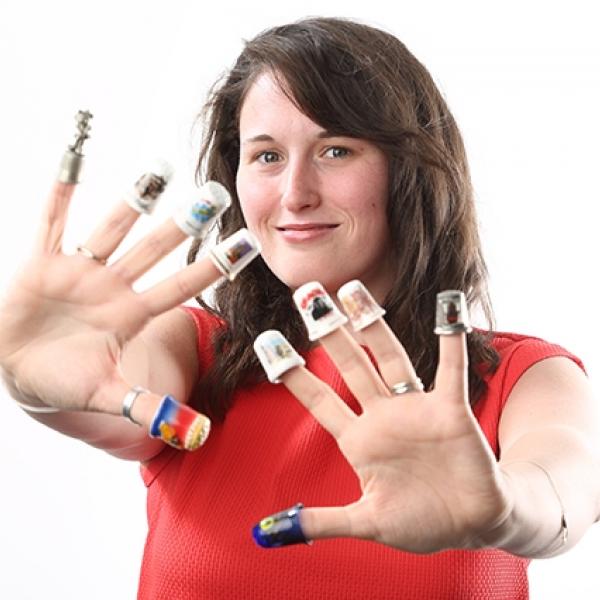 Posted by Frankie Boyle
on September 8, 2015

If you need intelligent, user and mobile friendly web design, development or digital solutions we’d be happy to help. Speak to our knowledgeable team to boost your online performance.